Rev. Dr. Samuel B. McKinney was the pastor of Mt Zion Baptist church for 40 years. He was friends and college classmates with Martin Luther King Jr. at Morehouse College. In 1961, McKinney invited Dr. King to speak in Seattle, and the venue where the lecture was going to be given, the First Presbyterian Church, cancelled the event at the last minute. McKinney assailed the cancellation as “prejudice of an extreme conservatism, religious or racial”. In 1965 McKinney marched along side Martin Luther King Jr. at Selma.

When Pat Wright joined Mt Zion Baptist Church and became director of the Junior Choir, McKinney was pastor of Mt Zion. He even appears in the 1976 Shine! album. In fact, Pat Wright and McKinney were next door neighbors. The McKinney’s owned the house just south of the Wright’s house on the corner of 33rd and east Marion, and McKinney’s daughter was a member of the choir.

We were extremely fortunate to have met and interviewed Rev. Mckinney for Patrinell: The Total Experience. The footgage in this video comes from the last interview McKinney gave before he died on April 7, 2018, one year after we started production, at the age of 91. 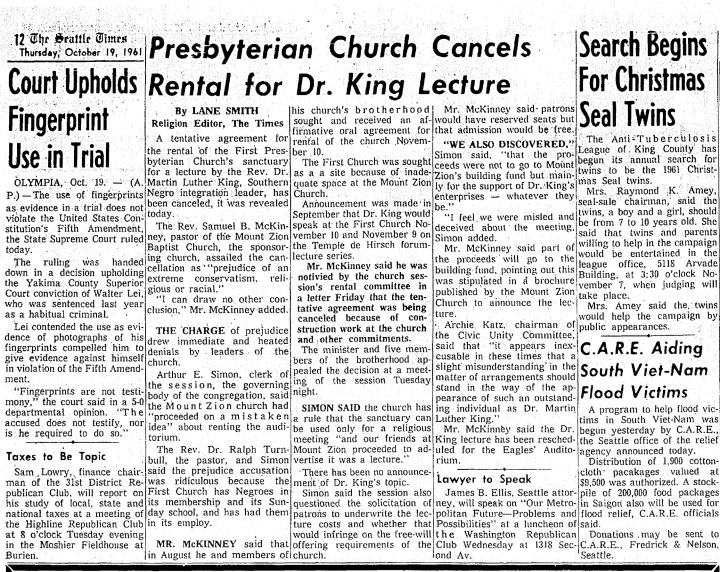